Tesla Model 3 Battery Calibration: Does It Even Work?

They say it works, but does it?

But finally… thank God, I was able to make sense of it!

So if the information about Tesla battery calibration out there has already confused you to your core, you’re in the right place.

After a whole lot of research and discussion with other subject matter experts, here I am with this informational post that’ll solve this confusion once and for all.

Or should I say “bust the myth wide open”!

Is There Anything Related to Battery Calibration in the Tesla Owners’ Manual?

There’s absolutely nothing in the Model 3 owners’ manual that even slightly hints about battery calibration techniques and whether they are fruitful or not.

This shows that this battery calibration technique that’s so popular out there is maybe nothing but a myth.

But does that mean they actually gain range? Like the battery cells somehow start giving more efficiency? Absolutely not!

This process just helps (supposedly) the BMS to recalibrate and accurately show the actual range of the electric vehicle.

Now to what extent is it true, and has it really worked for other Tesla Model 3 owners?

We’ll get to that shortly, but why does the BMS’s accuracy drift in the first place? Well, here are a couple of probable reasons:

There could be more reasons, but the ones stated above are the most common reasons Tesla owners stated that badly affect the BMS’s accuracy.

Has Model 3 Battery Calibration Worked for Other Tesla Owners?

Now this is where things get extra interesting… and confusing.

Enough with the exaggerations!

The thing is, the more I researched, the more I found an equal number of people saying it worked for them and it didn’t work for them.

Those for Whom Tesla Battery Calibration Worked:

Long story short, I kept charging my car to 90% every night like it was recommended by tesla but my max battery @100% kept dropping up to 264miles @100% from 310 estimated with close to 30k miles. I was worried it would keep going down but Tesla Service would tell me it’s normal, and that there is nothing that can be done.

We do not drive a lot lately. So we would charge to 90% drive a bit, and charge back at night like recommended by tesla.

I assume that the problem is that the BMS would always check the battery at the same levels so it would not be able to do a proper estimation.

Doing the “calibration” has allowed the BMS to do its job and re-estimate properly the battery.

Quick Summary: He frequently let his Model 3 battery fall below 20% and then charged it back to 100%, and he noticed the BMS showing 10 miles extra in range. It went from approximately 242 to 252.

Those for Whom Tesla Battery Calibration Didn’t Work:

Quick Summary: After letting the battery go below 10% twice and charging it back to 100%, he didn’t notice any change in the displayed range.

This is what I made of all the discussion:

How to Optimize Your Charging Habits for Maximum Range

Here are some quick charging tips according to Tesla that can help you get the maximum range out of your Tesla battery:

There it is! I hope after reading through this article, all your confusion about the Tesla Model 3 battery calibration has been cleared.

To summarize, there’s no solid basis for Tesla Model 3 battery calibration. Not on the Tesla website. Not anywhere in the manual.

But don’t let your expectations raise a lot as there’s absolutely no guarantee this method will work. That’s the bottom line! 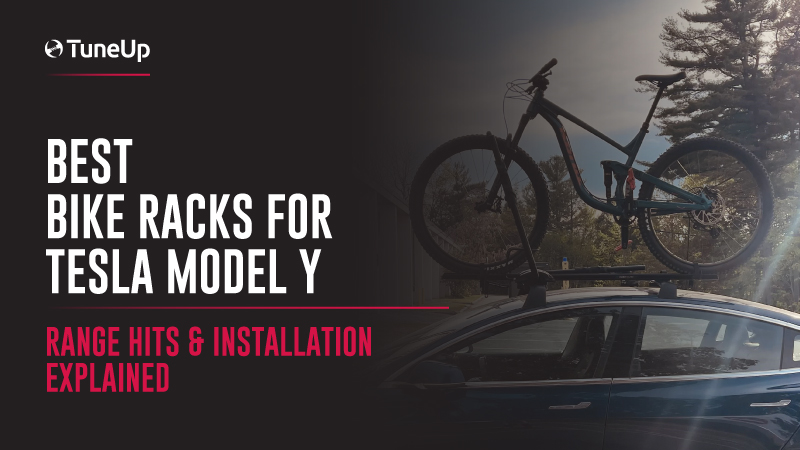 In this guide, covers the best bike racks available for the Tesla Model Y, along with their installation and effect on range and efficiency.