Can I Get Sirius in my Tesla Model 3? These Owners Figured Out How

You pull out of the dealership with your brand-new Model 3, and what’s the first thing you want to do?

Crank your favorite song as you coolly drive away.

You open up the infotainment panel, only to discover that there’s no SiriusXM for you to surf through.

Unfortunately, Tesla does not offer SiriusXM for the Model 3 or Model Y. Model 3/Y owners have to eitheruse their phone’s Bluetooth, install a hardwired receiver, or settle with Spotify.

Tesla considers SiriusXM-dedicated hardware a premium feature. That’s why it’s only available in their top-of-the-line vehicles—the Model S and the Model X.

In the summer of 2020, Tesla announced 3-month free trials of Sirius in the Model S and Model X, but nothing for the Model 3.

The Model 3, the Model Y, and even the Cybertruck do not come built with the SiriusXM hardware.

It makes you wonder, why would they deprive you of the world’s most popular in-car music streaming service?

Especially considering how many other auto manufacturers and even lower-cost vehicles are now coming standard with the service for at least 6 months of free service.

For Tesla to compete on price point with some of those vehicles and ultimately get an affordable electric vehicle on the market, Sirius had to go.

It was no secret that to get the Model 3 down to an affordable price point to kick-start the mass EV revolution, some features had to be cut to keep costs down.

With these cheaper Teslas on the market, they have the potential to cut into the sales of entry-level EVs like the Nissan Leaf and Chevy Bolt, both priced over $40,000.

But where were those cuts felt most?

Things like dedicated rain sensors for the wipers or light sensors for high beams were left off in favor of some cheaper alternatives.

Tesla also seemed to like software-based solutions to make up for missing hardware components.

A big reason why the SiriusXM hardware is missing from the Model 3 is that Sirius is not providing its hardware for free.

To circumvent this, Tesla hinted at providing other music options, but so far, there hasn’t been a lot of traction.

At the end of 2020, Tesla announced that the TIDAL music service would be coming soon.

You have to wonder about their definition of “soon” as we approach the end of 2021, and it’s still yet to be integrated.

Users are wondering when the update will go live, and some are speculating that Elon and the engineers might have switched focus to Apple Music instead.

Right now, there is also the option to use Spotify in your Model 3.

Earlier this year, with version 10 of the in-car software, all Tesla models now have access to several streaming services like Netflix, YouTube, Hulu, and Spotify Premium.

Keep in mind though, these are limited to paid subscriptions.

However, users have discovered some hacks on downloading Spotify songs in your Model 3, even without a Premium account. (Though these are likely to be short-lived.)

There are always work-arounds, but drivers are getting restless for a better music streaming solution in their Model 3.

Geting SiriusXM in Your Tesla Model 3

If you’re serious about Sirius, there are ways to get the tunes flowing into your Model 3.

The easiest way is to connect via Bluetooth and use the Sirius app through your phone.

However, users have commented that this can be a clunky and cumbersome process.

It’s not ideal as the music menu does not appear on the car’s infotainment display screen, but at least the pause/play buttons do work.

Another more labor-intensive but effective route is to hook up a Sirius receiver directly in your Model 3.

To hook up a Sirius unit to the auxiliary jack, you’ll need to make a couple of additional purchases and roll up your sleeves.

Here are the things you’ll need according to JoeCarStuff’s installation video:

Watch his installation process in detail below to know exactly where to install the adapters:

If written instructions are more your thing, this user journaled his entire experience installing his SiriusXM receiver.

He even took detailed pictures of the steps he used, including how he zip-tied and taped things off as he went.

Once installed, users have noted that strong FM HD radio channels can cause a bit of interference, overpowering the XM signal.

You can choose to simply turn off the HD option if listening to FM channels isn’t your main priority or switch stations if yours gets overpowered.

Final Thoughts: Can I Get Sirius in my Tesla Model 3?

With no plans on the horizon for the Model 3 to come with a SiriusXM hookup, fans of the streaming service have to either use their phone’s Bluetooth or install a hardwired receiver.

Users are liking the results of installing an aftermarket hardware by themselves.

The process might seem to be too much hassle, but for music lovers and SiriusXM fans, it can be totally worth it. 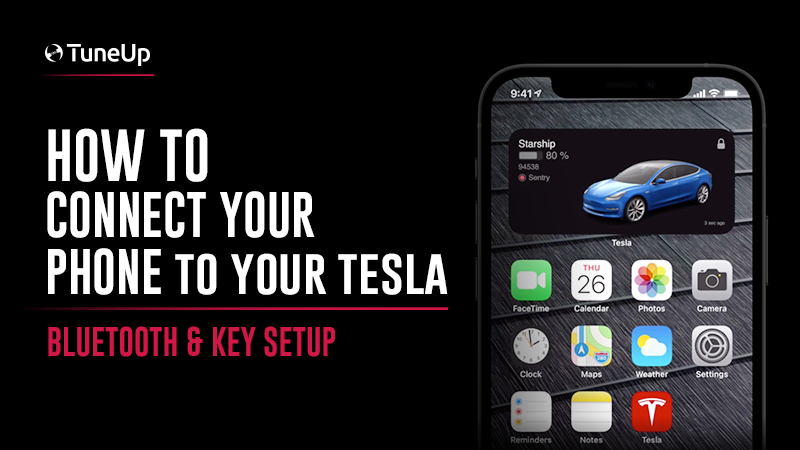 Wondering how to connect your phone to Tesla Model 3 -- so you crank up your favorite music on the go? Take these easy steps & get it done!